https://www.dnatacticalarms.com/
Home » Blog » Choose the best ammunition for every situation

Choose the best ammunition for every situation 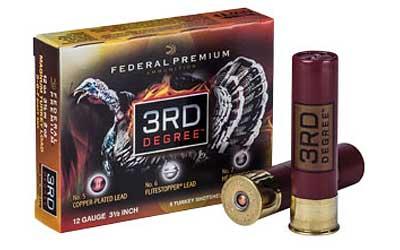 There have been so many discussions about ammunition in print and online over the last few years. Battles over the “right” or the “best” caliber…the best ammo manufacturer…the best types of materials for ammunition…the right countries to source ammo from…you name it and it has been debated fiercely online. There are a few simple facts that most shooters do agree on that are important to know for anyone who regularly carries a handgun for self-defense. There are certain factors that we all consider and discuss when deciding what handgun to carry and what caliber we want to carry it in (assuming that it is available in multiple calibers…and most of today’s autoloaders can be had in various bullet sizes). Beyond gun and caliber selection, we also must decide what type of ammunition to feed it. DNA Tactical carries a selection of only the best and most thoroughly tested ammunition for your various needs.

Let’s talk about the two principal needs for our daily carry guns: range and self-defense. The first locale and need is the more simple of the two: range ammunition. Most often the type of ammunition that you will be using on the target range (no matter what type of targets you will be shooting at) is referred to as Full Metal Jacket (FMJ). They are often lighter in weight, cooler in load (less recoil) and the most economical rounds available, making them ideal for firing in the repetition necessary to make a day at the range valuable. In general, they are a soft material (most often lead) fully encased in (jacketed) a hard metal shell (often copper or sometimes steel). Sometimes this ammo is referred to as “ball” ammo because it is designed to retain its shape upon impact. For a long time, this was the standard ammunition also used in self-defense situations, but it has some major safety drawbacks.

Because ball ammunition is designed to maintain its shape upon impact, it has a very deep impact and travels far into its target. Therein are contained its two principle self-defense drawbacks. The first is that FMJ ammo tends to pass through the bodies that it enters and can strike innocent bystanders. These rounds also tend to pass through walls and can strike unintended victims on the far side. In fact, the NYPD finally moved away from full metal jacket bullets in their duty weapons because of the number of pass-through injuries inflicted by its officers. The other drawback to a non-deforming bullet is that the wound channel it creates in the body it strikes is narrow. While it is indeed deep, the small diameter hole that it makes is far less effective in creating threat-stopping injuries in an attacker.

Ammunition for self defense is better served by deforming bullets, and there have been many developments in deforming bullets in recent years. The most common of these, and the most well-known, is the jacketed hollow point (JHP). These bullets have a hollowed-out tip and the inside of this tip is often soft metal with the harder metal on the outside. This allows the bullet to deform upon impact and expand significantly beyond its original diameter. As the bullet expands, it comes in contact with far more of the soft material that it has impacted. This has two principal effect's the first is that the bullet is vastly slowed down, resulting in far fewer pass-through injuries, and the slowing down of the bullet transfers far more energy to the target than a bullet whose passage is not as greatly impeded. The second effect is a far larger wound channel creating much more damage to the attacker. JHP rounds tend to be more expensive that do FMJs. Because of this, they are less useful as target rounds but their self-defense and attack-stopping attributes make them far more effective as daily carry ammunition. However, we should all fire some rounds at the range that are indeed our daily self-defense rounds so that the first time we feel them leave our handgun isn’t in a life-defense situation.

Ammunition is manufactured in many loads, weights, types and velocities, and the experts at DNA Tactical can help you make sense of it all. Whether you are looking just to do some plinking on the range or in the woods or you need rounds that will stop an attack as swiftly and as permanently as possible while protecting any innocents in the vicinity, you will find the tools and knowledge required in the firearms division of DNA Tactical. Be safe in what you carry every day and be efficient in what you practice with. Bullets are made for distinct effects and purposes and learning about these and taking advantage of them is one of the ways the people at DNA Tactical help to keep you safe.

Request A Free Quote for